Yggdrasil Impresses with Dwarf Mine Slot 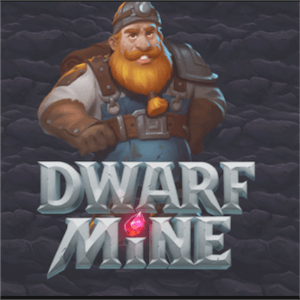 Yggdrasil Gaming has become synonymous with high-quality online video slots. Its propensity to release one award-winning game after the next is nothing short of masterful, and judging by first glance, its new Dwarf Mine slot will be no exception. Dwarf Mine is released hot on the heels of last month’s Champions of Rome online video slot, and it certainly seems as if there’s no shortage of creative ideas from the brand.

The Cherry AB-owned company excitedly announced the launch of its latest title and said that players could expect a real hidden treasure adventure.

Help Is At Hand

Players are encouraged to deep dig and discover many a hidden treasure thanks to the help of a hard-working and determined dwarf digger. The game’s underground world becomes the setting for the ultimate treasure hunt, and according to the Malta-based developer, players will be surprised to learn of everything that is to be discovered.

The slot can be accessed from multiple platforms and is 100% mobile friendly thanks to its HTML5 programmed structure as well as its all-round compatibility. Jam-packed with special features, it won’t be too long before Dwarf Mine becomes a firm new favourite for many players.

Thanks to the drill-shaped bonus symbol, the reels may be expanded to reveal even more winning combinations, and gathering three or more of these will trigger the free spins bonus feature. What makes this all the more exciting is the fact that the bonus round includes a unique set of “super high pay” symbols.

According to Jonas Strandman, Senior Yggdrasil Product Strategist, a lot of effort had gone into creating an online slot that perfectly balances mechanics and visuals. Strandman said that the team was especially proud of the outcome of its efforts. The fact that a 1,000x bet multiplier is up for grabs during every single spin will surely appeal to new players as well as their more seasoned counterparts.

Over the years, Yggdrasil has become renowned for its award-winning games and for always going the extra mile in order to keep its operators happy and its players entertained. Dwarf Mine will in all likelihood add value to the developer’s existing corporate culture of high quality products and services.