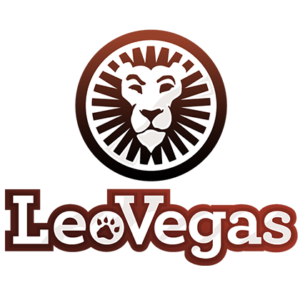 Recently, iGaming brand LeoVegas AB received not one, but two, gaming awards in one evening at two separate events. The company can now display the Online Casino of the Year award and Mobile Operator of the Year on its mantel.

The IGA and GGA Awards

The awards both celebrate the best in the online casino business. The Global Gaming Awards were held at the Hippodrome in London. Hosted by Gambling Insider the awards followed on the success experienced with the Las Vegas awards. The judging panel is a group of industry experts adjudicated by an independent auditor from KPMG. New Global Gaming Award categories that have been added to better represent the diversity of the industry include Sports Betting Suppliers and Operators, Online Poker, Bingo, and Payment Providers.

LeoVegas was awarded the Online Casino of the Year, sponsored by Pragmatic Play, beating nine other nominees. The award is for the company’s continued work toward improving and growing the online casino industry.

The International Gaming Awards were held at the Savoy Hotel in London. This year marks the awards 12th event. Described as the Oscars of the gaming industry the event is supported by industry insiders and leading operators.

LeoVegas received the award for Best Mobile Operator recognizing the company’s commitment to continuously updated its mobile app and particularly its sportsbook offering.

The groups CEO, Gustav Hagman, said in a statement that he was honoured to accept two awards in one evening. The awards reflect the company’s hard work and energy put into improving its services over the last year. He looks forward to another year of the same.

A Brand that Delivers

LeoVegas Casino is part of the LeoVegas Mobile Gaming Group. The company’s other two divisions are LeoVegas Live Casino and LeoVegas Sportsbook.

The company was founded in 2011 by CEO Gustav Hagman, and focuses on delivering a mobile first experience. Its focus territories are the United Kingdom, and Sweden, Norway, and Finland. It is traded on the Nasdaq Stockholm and employs more than 700 people.

The games portfolio offers titles from the industry’s best such as NetEnt, Evolution Gaming, IGT, Playtech, Microgaming, and Play N’ Go. Players can enjoy everything from table games – Roulette, Poker, and Baccarat to sports betting, and slots at the online casino.