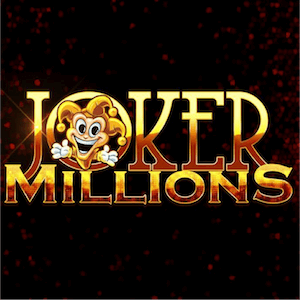 One lucky LeoVegas player, hailing all the way from Sweden, has struck it lucky and made history at the same time, by claiming the largest progressive jackpot pay-out ever to be won on one of Yggdrasil Gaming’s slots. The Swede was accessing the LeoVegas online casino by using his mobile device and was playing the Yggdrasil-developed Joker Millions progressive jackpot slot. Interestingly enough Joker Millions was Yggdrasil’s very first attempt at developing a progressive game.

Mobile Keeping Up With The Rest

The lucky Swede was playing the slot at a very conservative rate of €0.05 per spin. It’s interesting to note that more often than not, major progressive jackpots are triggered by players playing smaller bets. One would expect that larger bets would be involved with jackpots of this size, but the opposite is true almost without exception.

LeoVegas runs a top-of-the-line mobile platform, and we’re not in the least surprised that the player had opted to indulge in his dose of daily fun by logging on via mobile. It just goes to show, when the hands of fate rule in your favour, it makes no difference whether you’re playing on a desktop system, a tablet, or a smart phone.

Its A Simple Slot Game

Yggdrasil CEO Fredrik Elmqvist congratulated the lucky player and said that the win was especially exciting because it was awarded this close to Christmas. James Ford, Head of Casino at LeoVegas, also commented on the win. He spoke excitedly about the fact that the entire team was keeping a close eye on Joker Millions, as the expectation was that it would drop at any minute. And of course, it did!

Aside from the fact that the jackpot was won by a player engaging the game with relatively small bets, the slot itself too, is very straightforward and simple in its design. It contains no bells or whistles or special features, save for the fact that whenever winning combinations are made on the reels, the symbols will freeze and award a re-spin.

This just goes to show; there is beauty in simplicity! We’re quite sure that the lucky winner will agree.