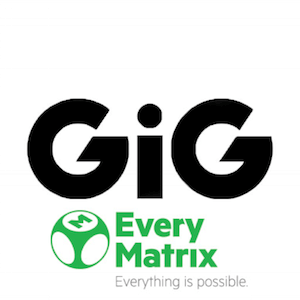 Choice is key in the world of online casino games, and a wide variety works best. Thanks to a new supply deal, Gaming Innovation Group (GiG) will soon offer its award-winning gaming content to even more operators and players across the globe, making the choices available to everyone in the industry more diverse and better than ever before. GiG has been on a mad expansion mission, and the latest project playing into this particular plan is the to have availability of its entire portfolio of games on the EveryMatrix CasinoEngine platform.

GiG has said that its games will gradually be added onto the platform, and that by the time the integration process has been completed, a large volume of content will have been ported over.

According to CasinoEngine CEO and co-founder Stian Hornsletten, any story of success can always be traced back to the luxury of variety in some way, shape or form. The sheer volume and variety of GiG’s games is, according to Hornsletten, the most valuable part of the entire new shared content deal. Hornsletten went even further and said that CasinoEngine’s success relied on its ability to bring new content to operators and players all of the time. Players demand variety and will go where that is offered to them.

The CEO also pointed out that CasinoEngine had become famous for its capability to bring a variety of new content to operators at regular intervals, and that the distributor had every intention of keeping up the good work in this regard.

Mathias Larsson, Managing Director of GiG, is proud of what the company has been able to achieve. GiG, according to Larsson, has been committed towards establishing a more prominent global presence and has been focussing on new deals and shared content deals with other global players. One of the most prominent is a supply contract with iSoftBet. According to this deal, GiG will be joining other major big brands on the iSoftBet platform, including Betspin, Thrills, GUTS and Rizk.

GiG certainly appears to be following its own growth strategy in a very effective way.