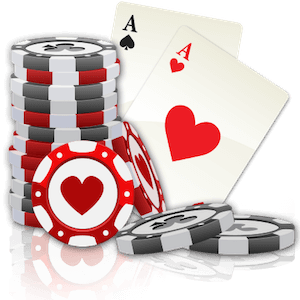 When asked about the extent of their knowledge in as far as it relates to the Cayman Islands, most people will make reference to the fact that it is a popular tax haven for the rich and famous.

The region relies very heavily on tourism in order to generate an income, and to this end, advocates of the gambling industry have been pushing very hard for the legalisation of gambling and betting as a means of boosting the overall attraction to global tourists.

Gambling has been illegal in the Cayman Islands since 1963, but various interested parties are now rallying for the ban to be lifted. The island’s strong reputation as a tourist-destination of choice will in all likelihood benefit from a legalised gambling market, as have many other regions in the Caribbean Islands.

The Cayman Islands classify as an autonomous British territory and consist of three separate islands, namely the Grand Cayman, the Cayman Brac, and the Little Cayman. Of the trio, the one that is most densely populated is the Grand Cayman.

The population totals to about 60,000 permanent residents. In addition to tourists visiting the Grand Cayman, a lot of the region’s income is gleaned from import duties.

Multiple hotels and resorts are situated in the Cayman Islands, which would make the region’s transition to a casino destination a fairly smooth one. Over the years, many attempts have been made to institute a national Lottery, but without any success.

The ban on gambling isn’t merely deterring tourists from visiting the islands, but it is also incentivising locals to take their business elsewhere. Many of the islands’ permanent residents have taken to visiting offshore sites when they want to gamble or bet on sports. Doing so with the ban still in place would be risky as fines of up to $2,500 can be imposed on those found to be disobeying the law, alternatively, imprisonment of up to 2 months. In fact, so eager are the authorities to enforce the ban, that in October of last year, there was definite talk of increasing the maximum fine as well as upping the period of incarceration to 3 years for serious offences!

However, there is hope on the horizon yet, as the leader of the main opposition party, one Ezzard Miller, has voiced his unwavering support for the complete scrapping of the ban on gambling; a set of laws that he has described as being archaic and out-dated. The 1963 ban is currently being reviewed by government.