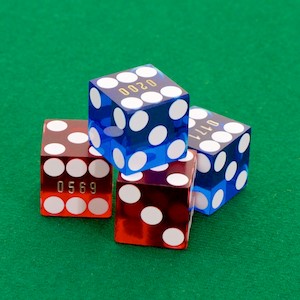 Johnson’s opening address stressed the importance of proper gaming practices being put into place along with the application of anti-money-laundering operations. He said that this was not just about accounting for funds being spent on the island, either, but also because these operations additionally remain central in terms of the maintenance of legitimacy in business practices worldwide.

Johnson went on to say that whether or not the various challenges were addressed appropriately or not would affect what kind of activities ended up being attracted. He stated that this is a major concern for the St. Maarten government when one considered that investments in places as tourism-driven as his country is, are vital to its continued economic sustainability.

Johnson spoke of certain businesses in St. Maarten selling US Lottery, Powerball and other game tickets despite these having very clear restrictions on cross-border sales. He said that these limitations would make it nigh impossible for legitimate winners to then claim their jackpots when they arrived in the USA. He stated that AML and Gaming Regulation Forum stakeholders have a responsibility to the education of players in order to prevent these kinds of situations from occurring.

Johnson did add that not all games of chance were operating unlawfully. He made special mention of institutions like the IGT, which is publicly traded and provides Caribbean Lottery Numbers all over the region. The Minister said that in order to keep these kinds of businesses operating and continuing to contribute to government coffers a move would need to be made to protect gaming industry legitimacy.

A Caution To The Wise

The Minister warned that without correct gaming regulations and proper practices of anti-money-laundering, the economy and people would be at risk and that this would be irresponsible of the government to allow to occur. He ended off by saying that this would create a trend that would cripple financial resources since business with international companies would no longer be possible.